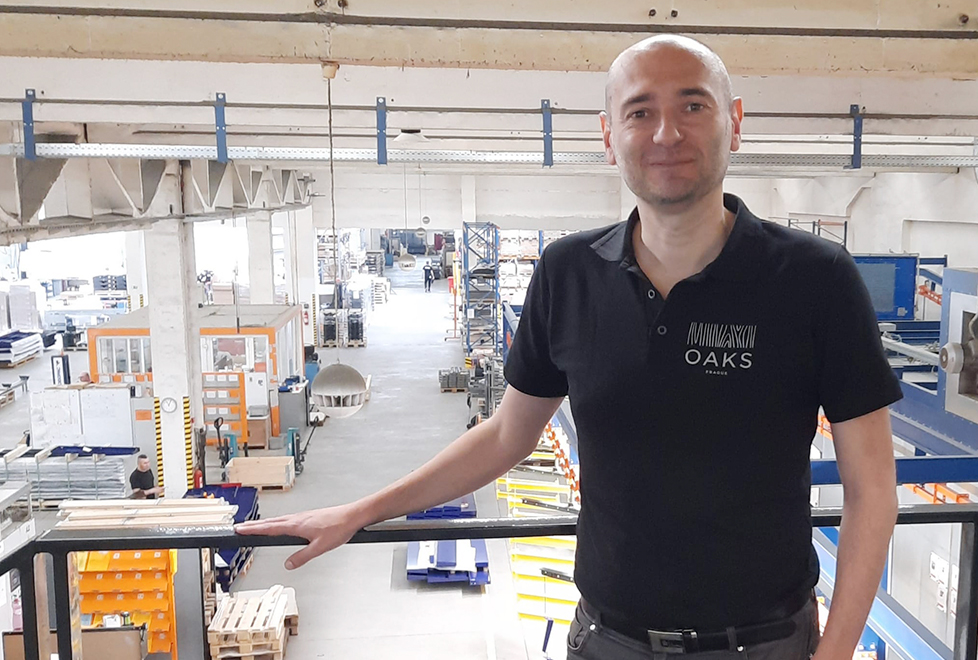 How are you helping Ukrainian colleagues and their families?

Jiří Vepřek: “We’re doing everything we can”

SixPointTwo in Humpolec employs 16 Ukrainian people on permanent contracts. “When the war broke out, we immediately said: we want to help them. We asked what we could do for their family and friends in Ukraine”, says Finance Manager Jiří Vepřek. He tells us how SixPointTwo offers help and how the Ukrainian colleagues are doing.

As a result of the war, many Ukrainians fled their country. In addition, Ukrainian men have returned to help defend their country, either voluntarily or at the behest of the Ukrainian government. What makes Humpolec different? “Returning to Ukraine is particularly important for people who work for companies in the Czech Republic on a temporary basis through external agencies.” Returning to Ukraine is not on the cards for a number of the permanent Ukrainian employees at SixPointTwo. “Before the war, they already lived here and had no plans to return.”

Help as needed
Until the war, some employees lived in Humpolec and their families lived in Ukraine. “One of them wanted to bring his wife, mother and two children to Humpolec. Our plant manager drove with him to the Slovakia-Ukraine border to pick them up. SixPointTwo then helped with all the formalities such as applying for a work permit, residence permit and state benefits. A house has also been arranged for them. His wife now works at SixPointTwo. And their two children are already going to school in Humpolec.”
We also managed to arrange a large house for another of our colleagues who has six children and whose wife is pregnant. “Unfortunately, it’s located 40 kilometres from Humpolec. His wife and children live there. The husband is there at weekends; during the week he stays in Humpolec.” Vepřek himself has two young women and a girl staying with him on a temporary basis. “They want to return to Ukraine, but that’s not possible for the time being.”

Single point of contact
In addition to providing help with the arrival of relatives, SixPointTwo also offers support in other ways. “My HR colleague is the first point of contact for our Ukrainian colleagues. They can contact her with all their questions. She does a great job and arranges a lot for them such as taxi transport, communication with authorities and lease agreements. Where necessary, she brings in other colleagues from SixPointTwo. There’s also co-operation with other companies, such as when Ukrainian newcomers are looking for a job. As an example, the heavy work in our production environment isn’t always suitable for women. We try to refer them to lighter work at other companies in Humpolec.”

Initiative for large-scale reception
Together with other companies, SixPointTwo also developed a plan to welcome refugees and help them to integrate. “There’s a house in Humpolec where older, single people used to be cared for. This care home could accommodate about 100 people and was closed last year. SixPointTwo has drawn up a plan with other companies: if the municipality opens the building to Ukrainian families, the companies will offer support in various ways. This includes paying energy costs, having Czech language lessons provided by a teacher, paying the wages of a concierge, school contributions for children, building playgrounds and putting beds in there.” Unfortunately, the municipality is yet to make a decision on the matter. “It’s a shame because this project can make life easier for the refugees and for the residents of Humpolec.”

Positive attitude
How have our Ukrainian colleagues been doing in the meantime? “They were completely in shock when it all started. But they’ve adapted to the situation. Returning to Ukraine is no longer an option for some of them, as they come from cities and villages that have been destroyed. However, they have a positive attitude and appreciate SixPointTwo’s efforts. The Ukrainians also support each other wherever they can. The atmosphere in the company is good: we’re all willing to help each other and we’ll see how it goes.”